And for my next trick – I’ll need to handcuff my feminist philosophy to a chair in an adjacent room. For the next few hundred words, I’ll be talking about an artist and his work that fits into a genre I never knew existed until last week.  The genre is “fetish art” and digging into his work took me down rabbit holes that were dark and kinky.  Here, I’m keeping the kink to a minimum.

The artist’s name is Eugene Bilbrew (he went by Gene and ENEG and other pseudonyms), an artist from Los Angeles, born in 1923 and is said to have been the first Black fetish career artist. This information comes from the GENE BILBREW REVEALED: The Unsung Legacy of a Fetish Art Pioneer by Richard Pérez Seves.

Looking at fetish art and its creators took me down strange and windy roads, but from what I’ve gathered, fetishism began (at least being categorized) in the 1940’s. It was/ is a subculture that focuses on dominance and submission. There are other terms, like “forced feminization” or “sissification.” I DID NOT make this up.

When I was researching Bilbrew, there was so many images to choose from! I just picked one. I don’t know why this one. It just jumped out, possibly because the image is of one woman dominating another, both women looking very similar to the way women are portrayed, even outside of the genre, in comic books or in pin-ups (supremely objectified). Or maybe some other subconscious reason I don’t have time to explore.

I’m sorry, I don’t have the official title to the work I’m examining here, but as you can see, it’s the cover of a magazine titled, “Kidnapped Girl’s Sweet Revenge.” What I do know, is that the magazine was a 64 page 5” x 7” magazine and was published in 1959 by Nutrix Co. in Jersey City. On it, one woman, who looks a lot like Betty Paige, has another woman bound and well… I guess blindfolded… (I bet there’s an official name for this) in some type of contraption, held by her neck.

Bilbrew battled substance abuse in his career and when censorship laws relaxed in the 1960’s, the demand for his work decreased. His substance abuse spiked. According to a 2015 article in Hyperallergic, Bilbrew died in the back of an adult bookstore in New York at the age of 50.

I told you it was dark… 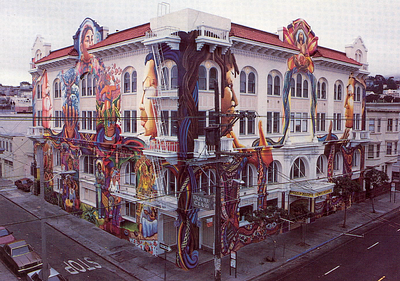 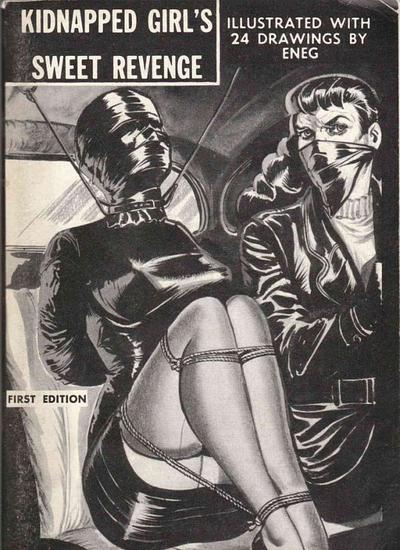 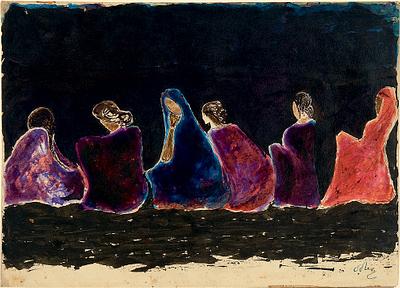